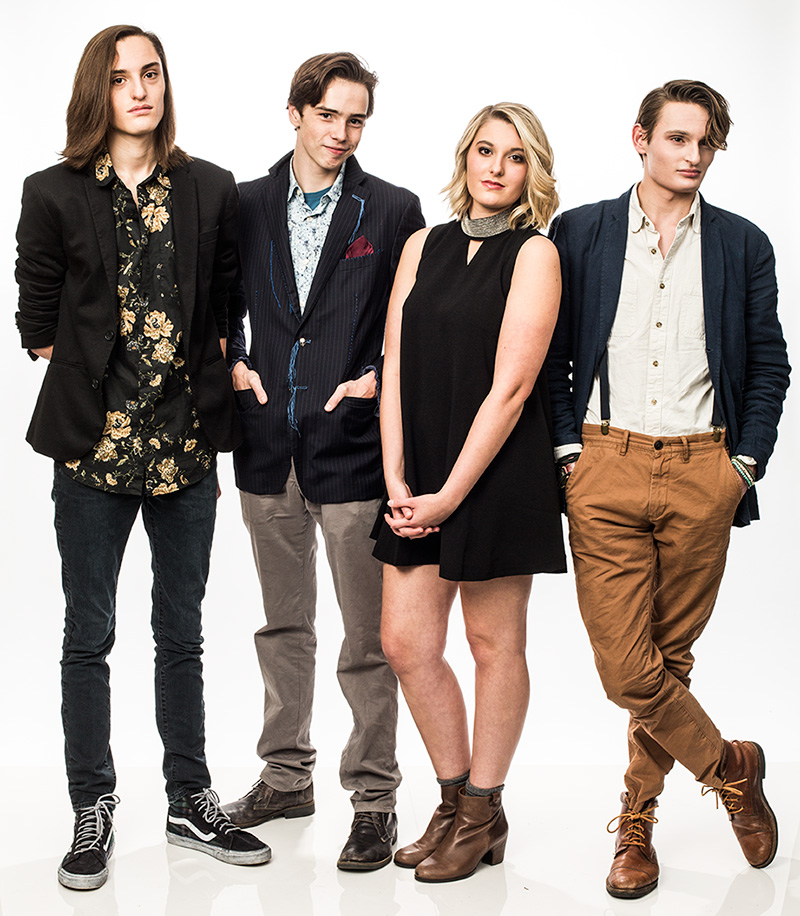 Clark & Co. release EP with show at the Slowdown

Roots have a way of growing naturally in different directions, and that’s a perfect way to describe the new EP from Clark & Company, an Omaha band that will celebrate the release of a four-song set on FRIDAY (Nov. 27) with a show at the Slowdown.

Appropriately titled Roots, the new collection finds Clark & Company more seasoned and more willing to stretch out with its music, mixing jazz and blues with pop and folk. It’s an interesting sound that takes on added appeal when you consider the heart of the group is a set of triples (the Clarks), two brothers and one sister.

With the angelic-voiced Sophie Clark on vocals and keyboards, Cooper Clark on bass and Simon Clark on drums, the band presents an inviting sound that is augmented by tenor and alto saxophonists, Cameron Thelander and Michael Palandri, respectively.

The band released one of the songs early this week on social media. It’s a smoky-go-funky, sax-spiced track called “Stuck in the Clouds.”